This study analyzes the vast network of aromatics and incense exchange, including its operation, within the Mongol Yuan empire. Through this network, aromatics and incense could act as media connecting the Mongol court with the “gods of the sacred mountains and rivers” (yuezhen haidu 嶽鎭海瀆), Daoist, Buddhist, and Islamic temples and churches within the empire or beyond, and maritime world at its frontier.

Aromatic culture was natural to the Mongol grasslands. Processed aromatics and incense, however, remained somewhat unfamiliar to Mongols until after the turn of the 13th century. This changed during the reign of Chinggis Qan (r. 1206–1227), when a Chinese Taoist in Samarqand introduced some Mongols to burning incense. By the reign of Qubilai (r. 1260–1294), the culture of burning incense was established in the Mongol imperial court, beginning with the sacrifice to the gods of the sacred mountains and rivers as late as 1261.

Through this incense-burning culture, the Mongols inherited the traditional Chinese ideology of
“correlative resonance between Heaven and people” (tianren ganying 天人感應), expressing it with the magical, territorial, and festive qualities of Mongol culture. A representative example of this phenomenon is the you huangcheng, a Buddhistic ceremony that combined Tibetan Buddhism with a Mongol-style festival and city tour. Called gdugs dkar in Tibetan and bai sangai (白傘蓋, “white canopy”) in Chinese, the event took place every year on February 15th, and centered around a tour of the inside and outside of the imperial city after welcoming a white canopy installed beside the imperial throne in the main hall of the great Qan or Da Mingdian (大明殿). This constituted a Buddhistic and civic version of a “jāma and ǰisün feast,” a royal banquet featuring dress in one-color robes bestowed by the great Qan.

Burning incense was a cultural activity with a strong religious aspect, but it had political and economic functions as well. Economically speaking, it offered material rewards for religious temples and their people. Daoists, Buddhist monks, Confucians, and (Nestorian) Christians were highly incentivized by the political and economic benefits they gained from burning incense bestowed by the Mongol royal families. This, as a consequence, reshaped the politics, economies, and cultures of China, Iran, and Goryeo (modern Korea). Aromatics and incense from Southeast Asia all the way to Tamla 耽羅 on Korea’s Jeju Island (Danluo in Chinese) connected the material world of sea ports, palaces, and the spiritual world of sacred mountains and rivers, temples, and the Heavenly Concubine (Tianfei 天妃), namely, sea-goddess Mazu 馬祖. Thanks to incense, the Mongol Qan, from the time of Qubilai, dominated the worlds of both mountains and streams and also spirits within his realm through a network that integrated ordos and incense halls (xiangdian 香殿) with the main imperial halls of Shangdu and Dadu.

This presentation discusses the aim and the process of designing a community-engaged open-access GIS toponymic platform, based on Indigenous Evenki place names. Most projects on Indigenous toponymy available online are either oriented towards professional use among scholars or serve as enclosed repositories of Indigenous knowledge. Toponymic atlases remain the most common form of documenting and representing Indigenous place naming systems. Yet, temporal and geographic comparisons of place names have clearly demonstrated that, along with a conventional understanding of Indigenous place names as stable and conservative, there is a dynamic model of place naming to be found in nomadic societies, when the names are not only passed through generations but also modified and created. This finding required a number of methodological approaches regarding how researchers might collect and represent geospatial concepts and place names in nomadic societies, with the use of GIS technology. This project attempts to approach this issue by creating an open digital platform that combines GIS with Indigenous vernacular cartography, place names, and a great variety of data regarding the meaning and use of toponyms, their evolution, and change. I propose to call this approach a “process toponymy” and advocate for applying a semiotic approach to documenting and representing Indigenous place names’ knowledge via GIS-based platforms. 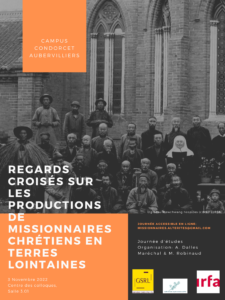 The paper explores Buddhism and urbanisation in post-Soviet Buryatia (Russian Federation). While postsocialist religious revivals have often been discussed by scholars as questions of temporality, this paper suggests that they might also be seen as spatial reconfigurations. Seen in this way, a Buryat Buddhist religious revival might be perceived as an unfinished religious expansion, absorbing new spaces and appropriating them along the way. In this light, and to local Buddhists, the city is a new territory that is subject to a continuing religious intervention, making it less hostile and more manageable in the new – and difficult – urban condition. This religious intervention, referred to here as ‘taming the city’, is discussed in the paper through a number of spatial conduits: punctuating, radiating, and covering. These spatial aspects are entwined with social ones amidst ongoing religious change, as shifting religious topography interplays with transforming social, economic and political conditions.

The talk will demonstrate forms of religious innovation involving changed gender roles that can be paradoxically initiated by a totalitarian state suppression of traditional ecclesiastical structures on the example of the Buddhist society of Kalmykia. The institutes that preserve and propagate Buddhist knowledge among the Kalmyks, and other Mongols, have been historically a male prerogative, and unlike Tibet and the Himalayas, no nunneries ever existed in Kalmykia. The exclusion of women largely extended beyond the Buddhist establishment into popular worship and folk healing. In the talk, I shall follow the development of categories of ritual specialists from the late 1950s to the present where women not only outnumber men, but also play leading roles. To what extent have these female practitioners – during socialism and after – been custodians of the Kalmyk religio-cultural continuity? Or have they, on the contrary, become initiators of de-canonization and reformers of traditional cosmology? Of particular importance are scriptural and ritual healing practices centred on revelations and involving secret incomprehensible codes, which seem to be part of a much larger pattern on the present-day religious scene in Inner Asia. 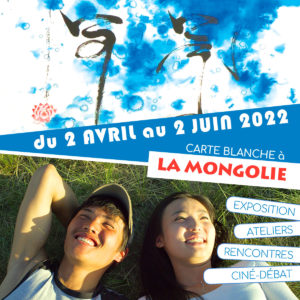 Significant roles in the ‘national revival’ and post-socialist Mongolian society were played by various categories of the supernatural and religious – the former socialist regime’s enemies and victims, suppressed and condemned for dozens of years to a hidden, ‘whispering’ form of existence. In the early 1990’s, the supernatural burst back into Mongolian culture, clearly demonstrating its superior vitality and taking its revenge on the ruined atheistic ideology. Traditional images and motifs of the supernatural occupied various realms and contexts, revealing their important social character: the diviny spirit (ongon) of Genghis Khan, the main patron of the nation (ulsyn ezen), supernatural lords of the state worshiped mountains and oboo (ulsyn takhildag uulyn ovoony ezen), local nature spirits (lus savdag, gazaryn uulyn usny ezen), the lord of the fire, hearth (galyn khan, golomtyn ezen), various demons, ghosts and restless souls (chötgör, büg, güidel, süns), etc.
They became symbols of the national revival and the new state ideology, expressions of collective memories and social relations, as well as of the sorrows of private life, the hopes and fears of post-socialist reconstruction and the present times challenges, demanding (and receiving) the attention of an increasing number of specialists in ritual concerns. This investigation tries to follow the clues and to reveal the grounds for vitality of some supernatural and religious concepts, the updates and new functions they carry on in contemporary Mongolia.

The talk will discuss miracle tales and narratives of miraculous recoveries as an important vantage point from which the traumatic history of the Soviet past is narrated in present-day Kalmykia. Situated in the region of dry steppes between the Black and Caspian Seas, Kalmykia is a republic in Russia, where Buddhism is historically practised by its titular population, the westernmost branch of Mongolian peoples. The history of Kalmykia during the Soviet era has been a series of dramatic events that have undermined the traditional foundations of Kalmyk society, leading to a substantial loss in their cultural and religious heritage.

Public memories of the Soviet era that obtain and proliferate among the Kalmyks today consist of endless miracle narratives centred on the sites of former Buddhist monasteries perceived as both ‘powerful’ and ‘dangerous’, and also on the healing activity of ex-monastics and their ‘students’ secretly practising underground. Focusing on particular case-studies, I show how the history of the place – which is inseparable from the ‘lineage’ of monasteries and Buddhist figures associated with it – is constructed and distributed through miracle stories. Within a broader corpus of oral histories, narratives of ritual healing and miraculous recoveries constitute a separate subgroup which appears of particular significance for contexts such as that of Kalmykia. Understanding miracles as a form of shared representations of past events that endows activities of religious exemplars with special meanings, I suggest that miracle and healing stories not only function as proliferating mnemonic devices to talk about the state repressions, but also serve as potent means of healing the collective trauma. 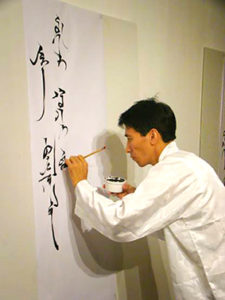 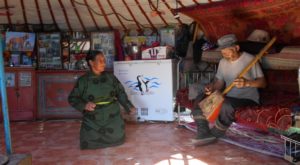