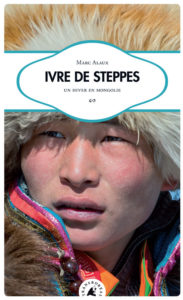 BUDDHISM AND MODERNITY IN INNER ASIA
Call for Journal Papers
Special issue of State, Religion, and Church.
Planned for the fall of 2019

The quarterly peer-reviewed journal “State, Religion and Church in Russia and Worldwide” / “Gosudarstvo, religiia, tserkov’ v Rossii i za rubezhom” will dedicate a special issue in the fall of 2019 to the above theme. The editors are particularly interested in exploring how Buddhist traditions of Inner Asia adjusted themselves to the rise of European colonialism, the ideas of nationalism, nation-building, secular state and socialism in the 19th – 20th c. and how Buddhist communities survived in the states with official atheist ideology and in post-Soviet societies.

Historically Buddhist traditions of Inner Asia have been deeply involved into political fabric of various Inner Asian polities. In Tibet and Mongolia, from mid-17th century, the Buddhist clergy dominated political landscape within a unique form of centralized theocracies. With the rise of European powers in the 19th c. (mainly Russian and British empires) local Buddhist communities had to react to Western modernist ideas of nationalism, secularism, socialism etc. These responses took various forms, from rejection to using some of these ideas to the benefit of Buddhists. We will explore these manifold entanglements between tradition and modernity, global and local in the region that went through political disasters and crucial transformations. It allows us to understand how resilient, adaptable and flexible might and may traditional Buddhist institutes be in changing circumstances and what specifically did they transform into, how these transformations impacted and still impact societies of China, Mongolia and Russia.

Although major Inner Asian regions (today within various Tibetan and Mongolian autonomies and independent Mongolia) experienced official atheism in socialist period, in the aftermath they witness impetuous revitalization of religiosity. And although this revival is tightly connected to restoration of national identities and traditional values it may also take strategy of close alliance with modern secularism, engagements with urgent social issues, political activism, and scientism. These developments sometimes go beyond national borders and assume transnational and even global nature.

Geographically, this special issue will focus on Buddhist traditions of Inner Asia, a broad region traditionally inhabited primarily by the peoples of Tibetan and Mongolian stock. The region overlaps with various states and administrative units within the People’s Republic of China, Mongolia and the Russian Federation. The time frame begins from early encounters of Buddhist communities with the Europeans till today.

The range of issues we encourage you to raise in your papers may include Buddhist colonial experiences in Inner Asia; attempts to borrow European ideas for traditional Buddhist state-building; Buddhist contribution to nationalisms, pan-Mongolism and other political movements and ideologies; Buddhist reformism and revivalism; Buddhist interaction with socialist and communist ideologies; survival strategies under repressive regimes; the ways of restoration of Buddhist institutes and religiosity in post-WWII and post-Mao era in the USSR and PRC, as well as post-socialist revival in Mongolia and ‘Buddhist’ republics of Russia.

The journal invites potential participants to submit an application by September 1st, 2018 to the editorial address (religion@rane.ru) and to the addresses of the guest editors (see below). The application should include the name of the proposed article, an abstract (1200-1500 characters, including spaces), and a brief CV. The deadline for submitting the completed article will be March 15, 2019. The length of the article should be around 40,000 characters (including spaces), or roughly 6000-7000 words. We will accept applications and articles written in Russian and other languages. Guest editors of this special issue: Nikolay Tsyrempilov (tsyrempilov@gmail.com)- Associate Professor of Nazarbayev University, Kazakhstan; Irina Garri (irina.garri@gmail.com) – Senior Researcher, Institute for Mongolian, Buddhist and Tibetan Studies, Russian Academy of Sciences (Siberian Branch).